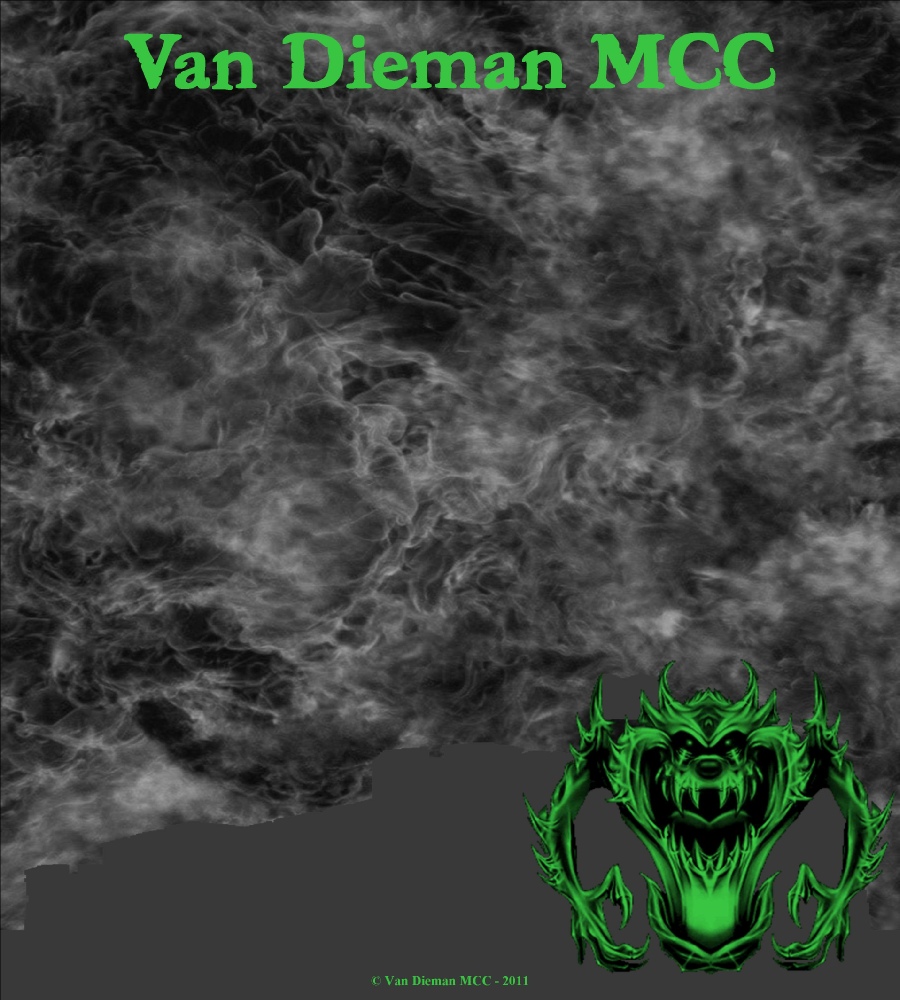 Tasmania was formerly known as “Vandieman's Land” and our name comes courtesy of two men from Banwell back in the 1840's. They stole the Lords horses and were extradited to Tasmania.

Our side patch pays tribute to this by portraying the ‘Tasmanian Devil’, in front of Banwell Castle. The Van Dieman MCC were originally based at ‘The Brewers Arms’ in Banwell.

We are a sociable MCC that enjoys time on the road, and a few beers and lots of laughs. Whether it is a ride out or a night out.

A diverse group of riders with a wide mix of characters, we have some that are relatively new to the saddle and some that have been on too long and will not get off!

All Fellow bikers are always welcome.

Any size or make of bike, just make sure you are legal with a full licence

The VMCC also has a “support” group of people who like the bike club scene but don’t ride or don’t want the full commitment of a MCC status. If either sounds appealing to you why not join us.

We can also be found supporting Weston Bike Night during the season.

Or pop along to our new location on a Thursday evening at The Bear Inn, 66 Walliscote Road, Weston-super-Mare, North Somerset, BS23 1ED after 8 PM.